Some artists veer towards the joyful for the source of their expression, some find that their art is an instrument to express some of the darker moments of their lives. I think I’m one of the latter - except not always.

I relocated to Hackney because my little terraced house in Turnpike Lane had become too small to house the amount of art I was producing, and this was becoming limiting, so I moved to Navarino Road, near Hackney Downs, a larger house which had a self contained flat in the semi basement which would be my studio and I bought an etching press. Apart from the fact it was next door to the railway line which carried nuclear waste through London and made the house shake at night (didn’t know this when I bought the place) it was the perfect live work set up.

Then, very soon after I moved in the burglaries started, and my pleasure with the place was short lived. There were six altogether in just under ten months. The basement obviously was a prime target, but also the main house, and it wasn’t even attacked with any sense of sophistication, they just kicked the door in. So door bolts were fitted, and window locks, and bars to the basement and finally my insurance company insisted I had an alarm system which meant I had to shut all windows, bolt all doors and set up the alarms just to go out to buy a bottle of milk. The final straw was on a sunday morning. I was having a lay in when I heard a noise, and looking out of the window saw two fellows, who, having taped up the kitchen window were trying to smash it. An icy band encircled my skull and with great calmness I got my camera, leant out of the upstairs window and took photos of them. They were so busy with the window they didn’t notice. I finished the film, put the camera down and screamed ‘Piss off you f***ing bastards!’ They ran. I dressed, took the reel of film to the police station and reported the incident. They never caught the villains. I don't think they ever looked at the film.


The Hackney Monoprints  was a body of work done whilst waiting for my house to be sold, and I think they are self explanatory really, don’t need to cover them in words, they speak for themselves.

Paperworks relating to this period of time 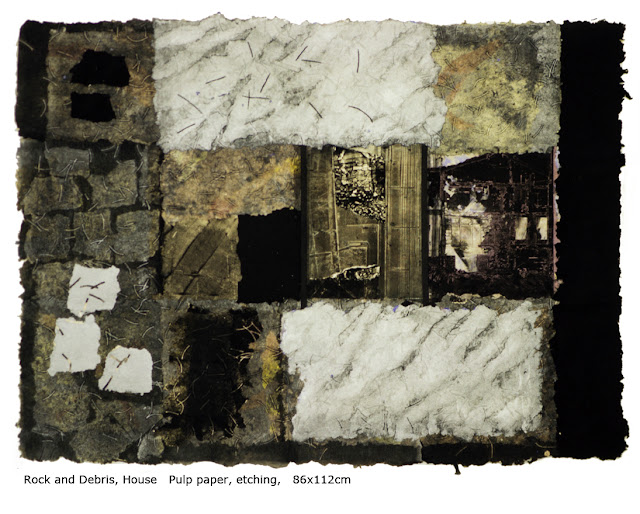 After these incidents my choice was to move back to a safer area of London, to a smaller house with no studio, or to leave London altogether, and with the sale of a London property have enough money to buy somewhere with good studio space. I chose the latter and moved to a small village at the base of the Cotswolds called Old Sodbury where I bought a cottage with a Baptist chapel in the garden. A big room with big windows, a big 5 foot sink was put  in the vestry, there was room to do big work. 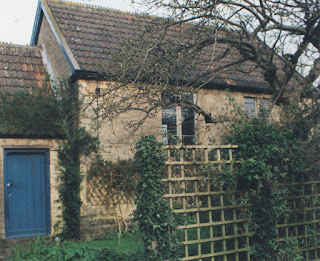 Posted by Anita Ford artworks at 22:58