A tragedy happened. Kimiko was in a car accident. She was in a taxi in Tokyo which crashed, killing the driver, but unfortunately it didn’t kill her. She was left terribly maimed. Unable to move, blind yet unable to close her eyes, to the world she looked as if she was in a vegetive state, but she was in there. She recognized voices. Her only means of communication was to cry.

I made a series of paperworks called ‘Prayers for Kimiko’. They were done as a request, maybe an invitation, to walk through the door of death. To leave her pain behind. One of the pieces was sent to the hospice where she was looked after, and I believe that it hung on her bed until she died four years later. The works were never shown, and I think they should have been, but it never happened. So I'm showing them here. 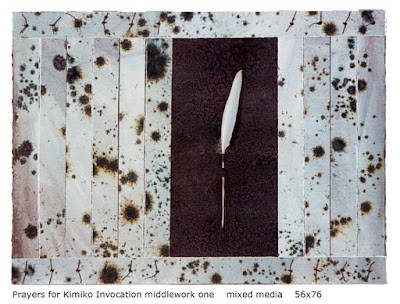 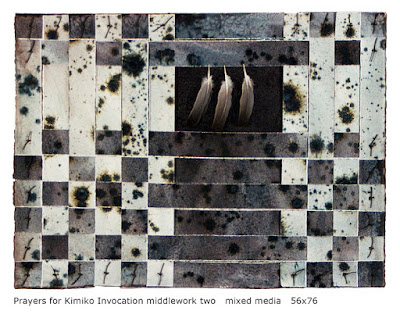 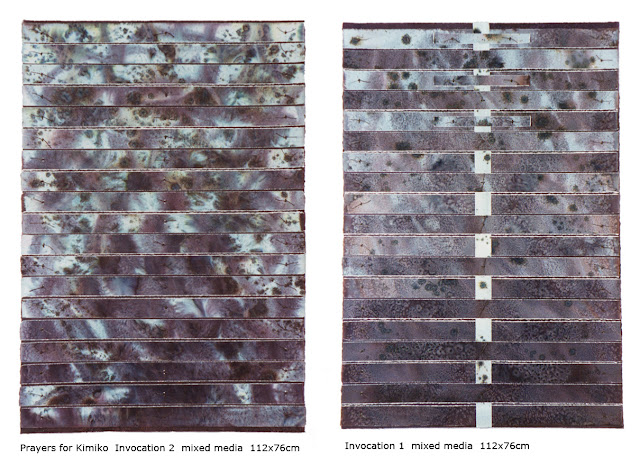 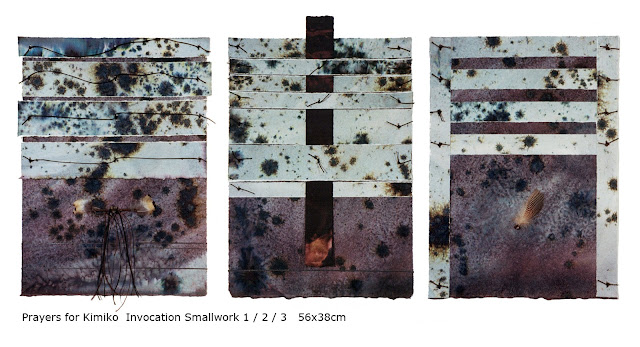 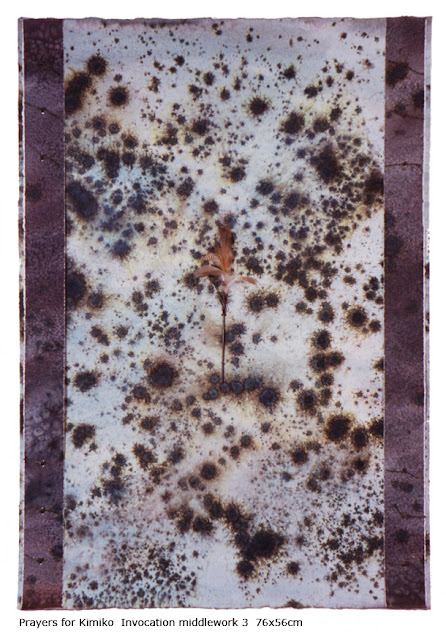